Beginning with the 2021 data year, estimates of crime known to law enforcement will be based solely on data provided to the FBI's National Incident-Based Reporting System, or NIBRS. In 2021, 67.9% of all crime-reporting law enforcement agencies were reporting to NIBRS, covering 65.7% of the U.S. population. 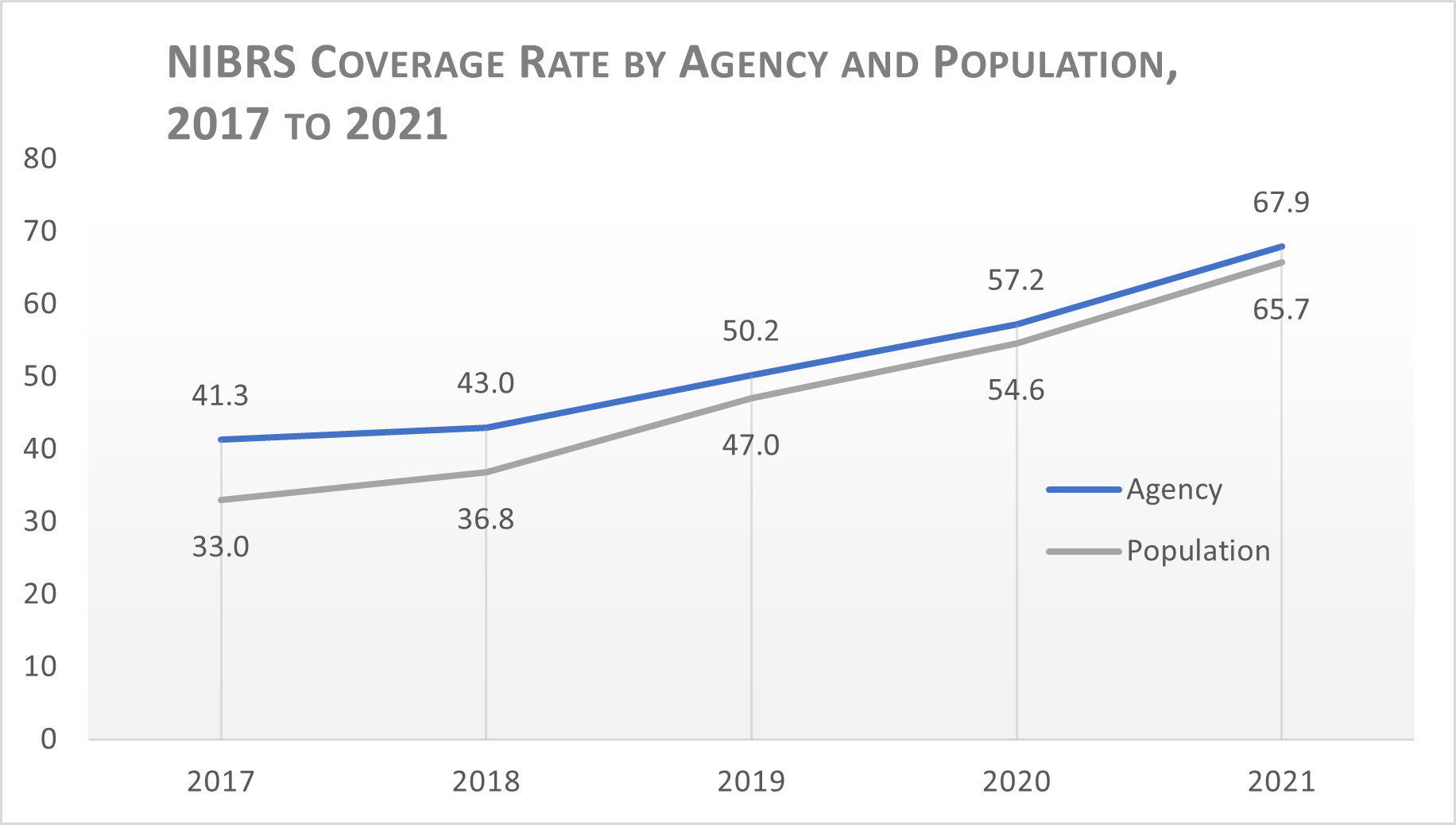 The number of agencies transitioning to NIBRS has increased annually since 2016, when the FBI announced its intention to retire the long-standing Summary Reporting System (SRS) by January 1, 2021. The estimation methodology must account for the fluctuation in the number of reporting agencies. In addition, in 2021, the first year for which estimates will be produced, the overall number of law enforcement agencies submitting data to NIBRS is smaller than the number of agencies for which SRS data were available in prior years.

The NIBRS data structure is much larger than SRS, and each NIBRS record contains a robust set of information on each crime incident. In addition, rather than summary reports that contain aggregate offense counts for each law enforcement agency, NIBRS reporting agencies submit incident-specific records for all the recorded crime incidents in their jurisdiction. The ability to connect the details within each incident (e.g., victim and offender data with the respective offenses) also provides context that was previously unavailable. This means that one agency could potentially report thousands of individual crime incidents through NIBRS, whereas they would have reported summarized offense totals for the month under SRS. A more complex estimation process is required, to account for the increased size and detail of the NIBRS database.

The expanded level of detail in NIBRS could hypothetically result in the production of several million more estimates compared to SRS. The new estimation methodology needs to target a set of priority, or key, indicators of crime and arrest, to ensure the procedures generate valid and reliable estimates based on complete and high-quality data. Key indicators include estimates for specific offenses; characteristics of individual victims, alleged offenders, and persons arrested such as age, sex, race, and the relationship between the victim and offender; and incident characteristics such as whether a weapon was present, the victim was injured during the incident, and where and when the incident occurred.