As of January 1, 2021, the FBI’s National Incident-Based Reporting System (NIBRS) became the national standard for law enforcement crime data reporting in the United States. The transition to NIBRS represents a significant shift – and improvement – in how reported crime is measured and estimated by the federal government.

NIBRS captures detailed data about the characteristics of criminal incidents, including:

NIBRS data more accurately reflect the types of crime addressed by police agencies, like simple assault, animal cruelty, destruction of property, intimidation, and identity theft. The broad scope of the information collected in NIBRS will greatly improve the nation’s understanding of crime and public safety.

The 2021 data year will mark the first time that the FBI and BJS estimate reported crime in the United States based solely on NIBRS data. Those crime estimates will be derived from data submitted by states and local agencies that were certified to report data in the 2021 data year.

The map below depicts the percentage of the population covered by NIBRS-reporting agencies in 2021, by state. 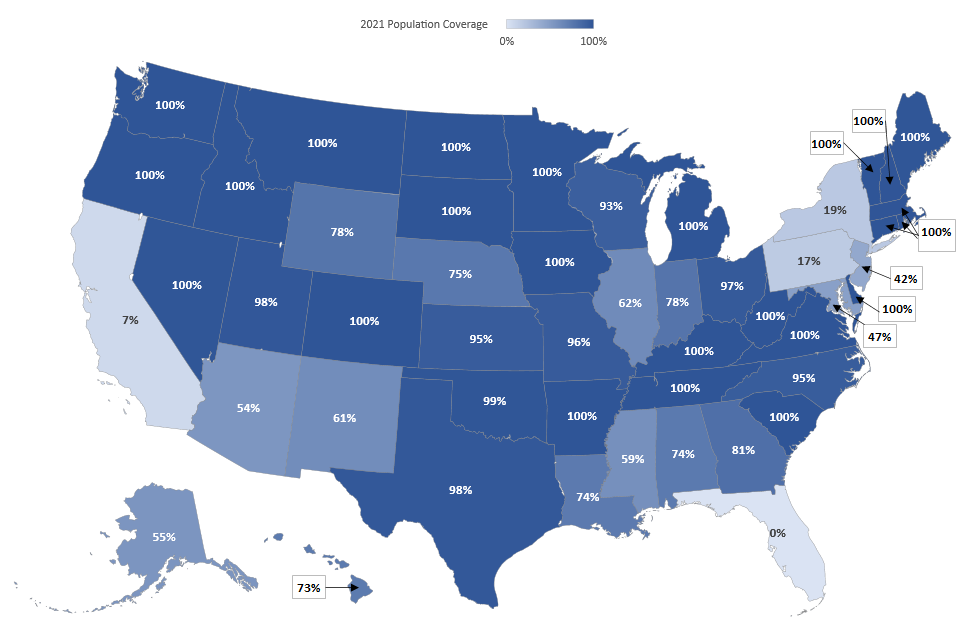 In late 2012, BJS funded the National Crime Statistics Exchange (NCS-X) Initiative to study the feasibility of producing national estimates of reported crime that included offense details and characteristics. NIBRS captured the crime elements needed to make those estimates, but the collection was not national in scope. Initial efforts showed that NIBRS data could be used to generate national estimates of reported crime using a sample-based strategy for expanding the number of reporting agencies.

BJS and the FBI partnered to implement NCS-X with the goals to:

This partnership leveraged the FBI’s existing NIBRS program infrastructure, allowing BJS and the FBI to recruit agencies for NIBRS participation, including all the nation’s largest jurisdictions not yet reporting to NIBRS.

The Nation’s Move to NIBRS: Formulating the Future of Crime Data in Policing – Workshop Proceedings

Violent Crime against the Elderly Reported by Law Enforcement in Michigan, 2005-2009